Two sorries; sorry the photos below aren’t labelled (Regrettably I will probably not remember but I have no time now to do that), and second sorry is that this posting is probably longer than the normal email so you may need to click at the bottom for extra – not sure but just in case, I thought to warn you.

Great breakfast at hotel; loved the breakfast room and then outside courtyard etc.  Raced off to get to Placa de Catalunya for my free walking tour.  Walked past (second has a Gaudi building) – 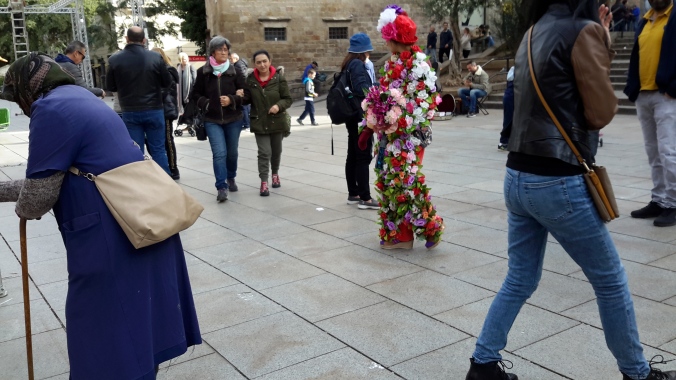 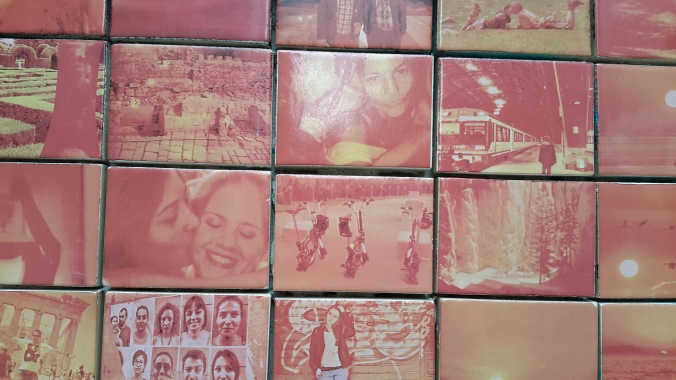 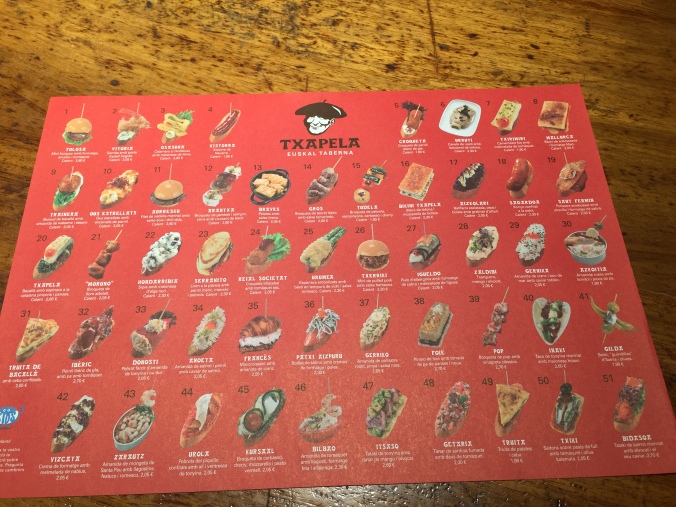 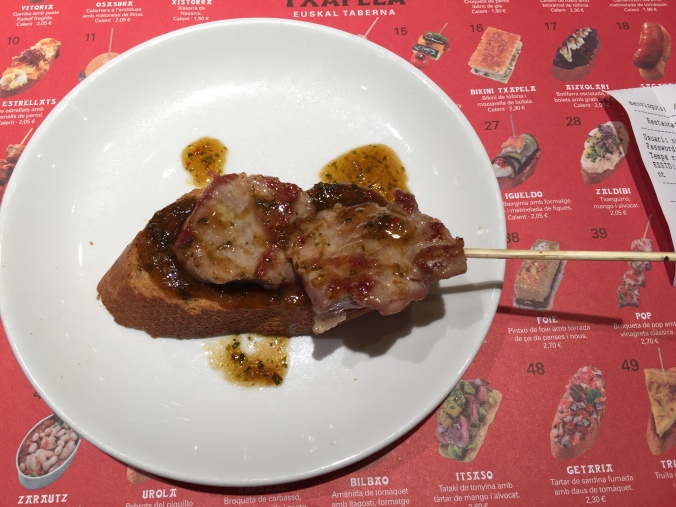 Also ate two other pinxos – the Donosti and the Zarautz.  Of course, two were enough but I didnt know what to expect.

Joined the 3 hour paid walking tour at 3pm this afternoon- into the Raval district (covered Street art versus graffiti, marijuana legislation, prostitution, Anarchist revolutions, 20th century dictators, barrio chino, and much more). When I look at the photo below I remember a discussion today about illegal drugs and the effects in our hospitals – ask me sometime about the Melbourne hospital nurse who had an emergency patient who was discovered to be part of a Melbourne cannibal ring. 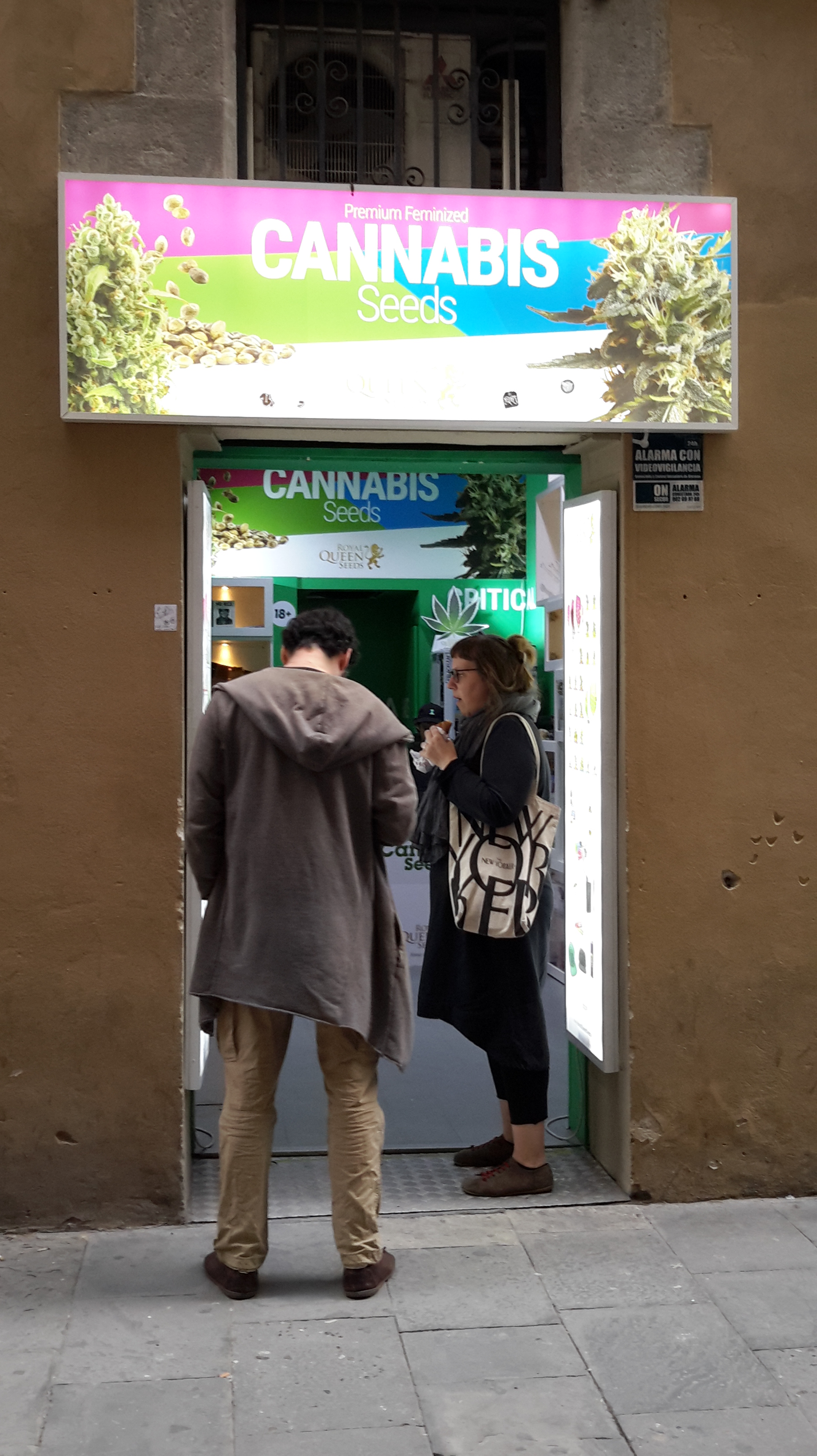 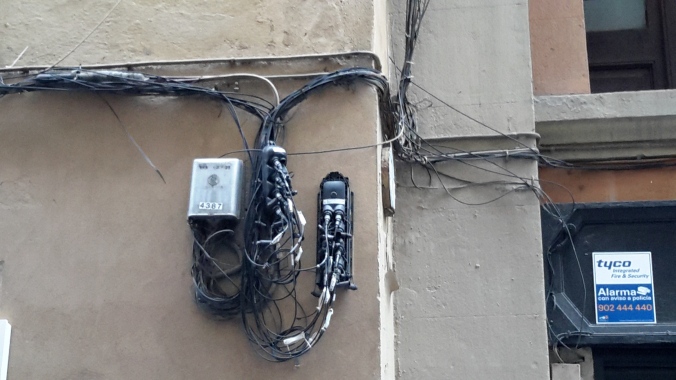 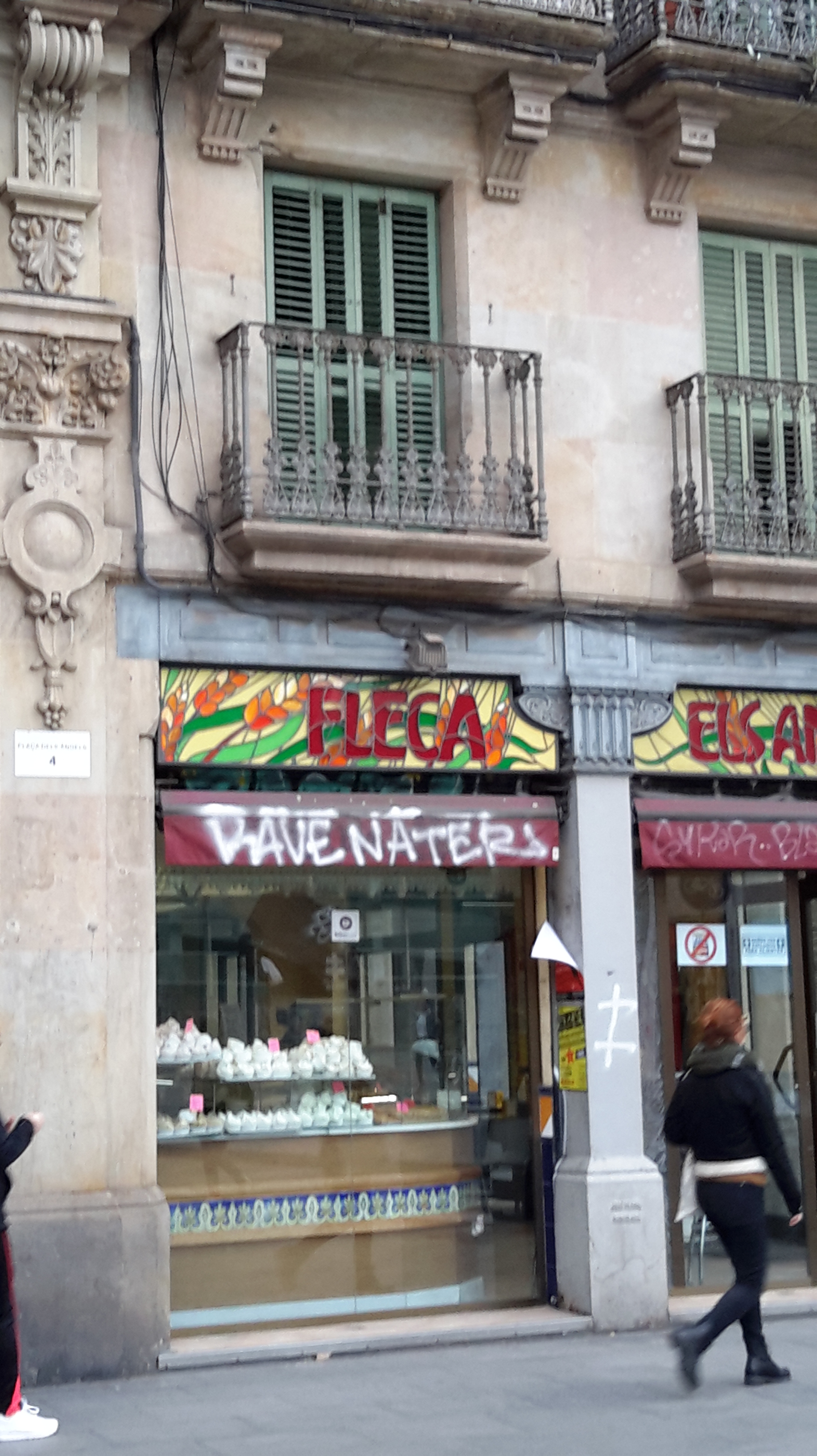 Purchased a T-10 metro card and took the underground by changing lines to Universität station but came out the wrong side and got lost for a while (it gets dark around 5.15ish and this was after 6pm). Eventually got going in the correct direction and walked past my hotel continuing straight into Hummus for a soup of the day. An aromatic cumin in lentil; hugely filling.  Got them to make a hummus and pita bread combo for my breakfast tomorrow on route to southern France then Andorra.

Back into my room and prepping for tomorrow’s early start. Will leave here around 6am and try out new metro station combos.  And June, the pick-up point for my Andorra trip that I am aiming for is the Palau de la Musica.  But it doesn’t get light until after 7am. I will be long gone so its unlikely I will have photos.